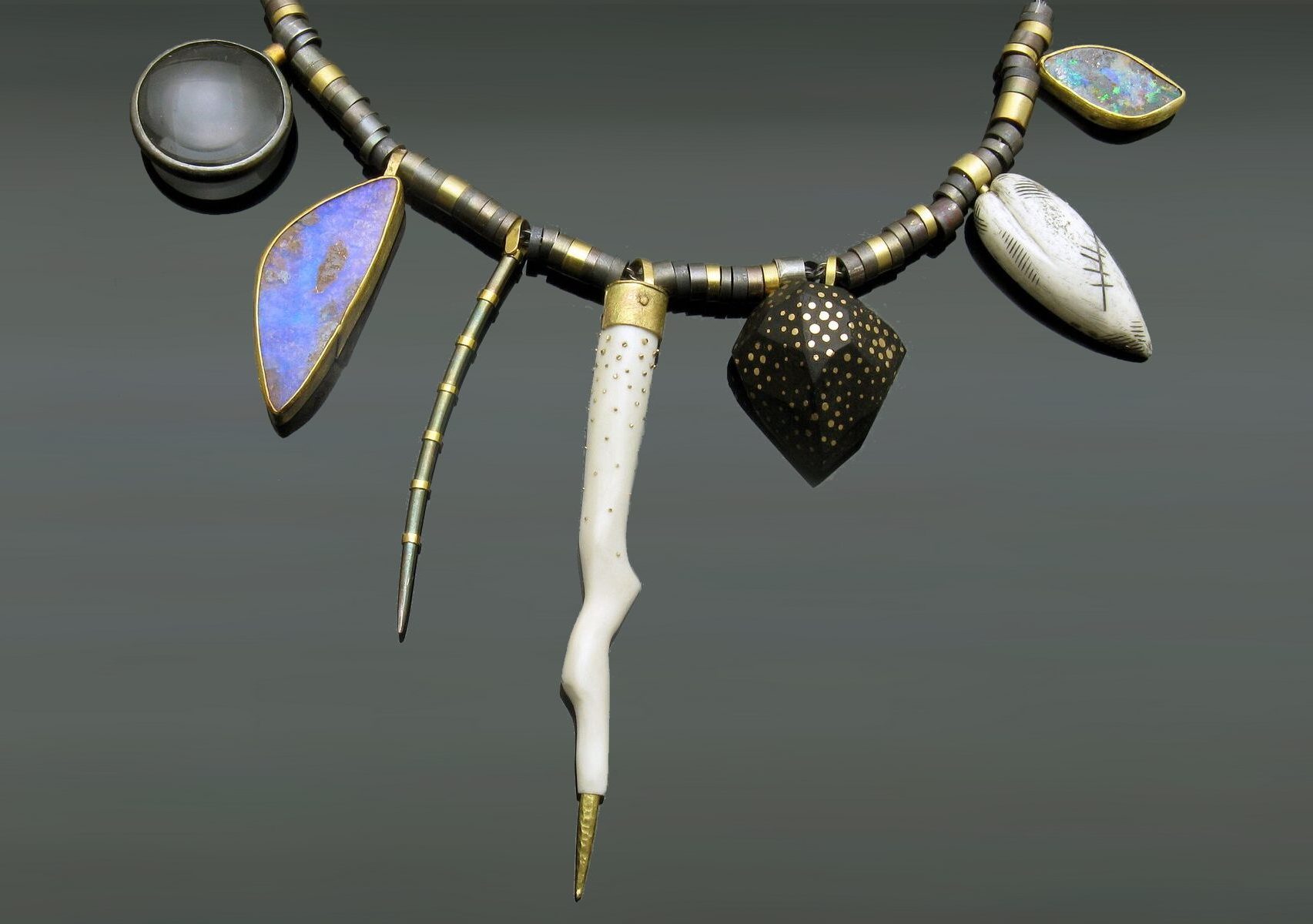 My path as a jeweler began with a handed down box of tools and a class at the “Y” in Philadelphia. The inheritance of tools included some bits of ebony and bone; materials that continue to compel me decades later.

Other materials I use are sterling and fine silver, yellow golds, shakudo (a copper and gold alloy), mokume gane, pearls, stones precious and not, mirrors, glass and other unobtainium.

I spent several years learning metalsmithing at Penland School in the hills of North Carolina. I now live in northern California where my wooden bench with its tools, the metals, bone, and culture of art are the primary instructors and collaborators.

My ideas and inspiration derive from the collective experiences of my waking and imaginative life; such things as the forms of the natural world . . . the clever seed pods, the designs of the human body, floppy microorganisms. A brooch or a ring emerges from my stash of materials and is coaxed and teased until it is a thing which can be cherished. In many cases the process of working itself is the catalyst for a new idea . . . works in progress that have more grit than the polished idea that I thought I was aiming for and one thing leading to another.

I see most of my works as installments in an ongoing conversation that I started many pieces and many years ago.

Penland School of Crafts is world-renowned for total-immersion, hands-on workshops that have provided dynamic, often life-changing, educational experiences to thousands of people. Less well known, perhaps, are Penland’s multiyear artist residencies. This beautiful volume now tells the story of the school’s extraordinary Resident Artist and Core Fellowship programs, which have for decades launched and nurtured scores of brilliant artistic careers.